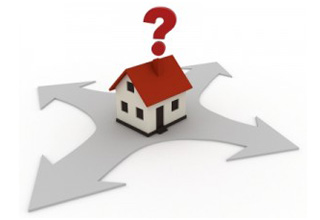 Hiring a qualified residential designer is your best first step to saving time, money and aggravation. Below are a couple of examples of how the design process could go:

Soon-to-be new home owners, the Smith’s hire an unlicensed draftsman who works out of his home to design their 3,000 sq. ft. new home on a steep up-sloping lot. The Smith’s hire the draftsman for $2.00 per sq. ft. He touts how much money they will save in comparison with a more expensive, licensed designer. The draftsman puts together his set of drawings after one meeting with the Smith’s. The plan set has 7 sheets, a site plan with no topographic information, and not one cross section perpendicular to the up-slope lot. The plans are completed in one week and are given to the Smith’s with directions to the building department. The Smith’s talk to a contractor they know who agrees to bid the project. The contractor looks at the lot, studies the plan, and realizes with no notes, details or specifications he is on his own on this job. He figures $450,000 will be adequate but adds 15% as he knows the risks and unforeseen circumstances involved with plans like these, his new bid is now $503,000. The Smith’s accept his bid as they “know” this contractor. The contractor submits the plans to the building department, and they come back two weeks later with a long list of corrections that the draftsman hesitantly corrects for an hourly rate. With the permit in hand, construction begins. Shortly into the project, the contractor realizes he needs a 6’ high retaining wall to handle the uphill condition that is not shown on the foundation plan. He hires an engineer to design this wall who in turn hires a geotechnical engineer to determine soil conditions. This process takes 4 weeks and halts construction. After framing is complete a neighbor complains about his blocked mountain view. Lots on the uphill side of this development are limited to 25’ in height per C.C.R’s, the new home as framed is 28’. The contractor schedules a meeting with the review board and has to lower the roof which is already framed by 3’ to comply. By projects end the schedule has been pushed out 2 months and an additional 10% has been added to the project cost in change orders. The Smith’s draftsman assures them these problems are normal to a complicated project such as this.

The Johnson’s, who are also soon-to-be new home owners, hire a licensed designer who they have heard good things about. They set up a meeting with the designer in his office to discuss the design of their future 3,000 sq. ft. new home on an up-sloping lot. After showing the Johnson’s examples of previous work, they agree to a contract of $4.00 per sq. ft. (double the price of the unlicensed draftsman). With his local knowledge, the designer figures this home will cost roughly $450,000 to construct. He informs the Johnson’s of permit fees and sets up a meeting with the neighborhood design review committee to discuss C.C.R’s before starting the design. The designer, who is also aware of bad soils in this area, and with the consultation of his engineer, orders a soils report for the site. The designer later meets the entire Johnson family at the site to hear their wants and needs and to determine orientation and view corridors to integrate with the home design. The designer comes up with two design options, one of which seems to really meet the Johnson families needs. The designer develops this option and finalizes the plans. The designer produces a thorough set of plans with 18 sheets that includes topography information, 3 sections parallel to the slope with structural and architectural details. The designer recommends 3 builders and schedules meetings with the builders and the Johnson’s. Due to the complete plan details, all three bids are within 5% and the Johnson’s choose the contractor they feel most comfortable with. During construction, the designer visits the site several time and answers questions from the contractor and owners on a regular basis. The plan comes in on budget and on time. The Johnson family saves time, frustration and money.

Building a new home is one of the largest investments anyone will make in their lifetime. When comparing services offered by a competent licensed designer against un-licensed practitioner, consider the risks and choose carefully.